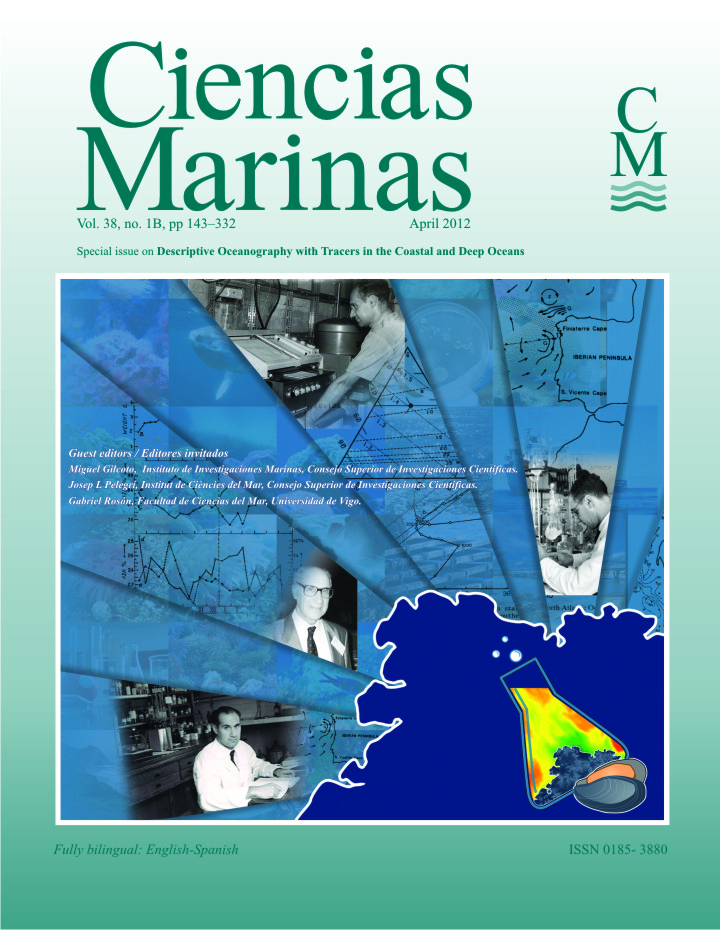 Over the last decades several studies have been conducted on upwelling along the Galician coast that have significantly improved the knowledge of this process. These investigations showed that upwelling along this coast is a frequent phenomenon during the spring and summer months, pumping colder Eastern North Atlantic Central Water into the rias. Nevertheless, several upwelling events in autumn and winter have been characterized in the Galician rias, indicating that the upwelling process along the Galician coast is not a phenomenon restricted to spring and summer. In this study the recurrence of these upwelling events has been reviewed from published articles and analyzed from 1967 to 2009 along the western and northern Galician coasts in terms of an upwelling index. The highest mean number of days under favorable upwelling conditions per month was observed during spring and summer on the western (18–26 days) and northern (12–14 days) coasts. During autumn and winter the number of days was lower (11–18 days, western coast; 8–10 days, northern coast) although not negligible, showing the possibility of observing upwelling events during this period. In fact, during these months a significant probability of observing favorable upwelling conditions along both coasts (26%) was found, though the most probable situation corresponded to unfavorable upwelling conditions (44%). The results thus revealed that these events cannot be considered isolated episodes. Upwelling processes in the rias should be observed under favorable conditions, such as prevalence of northerly wind at the adjacent western Galician shelf, independently of the season.