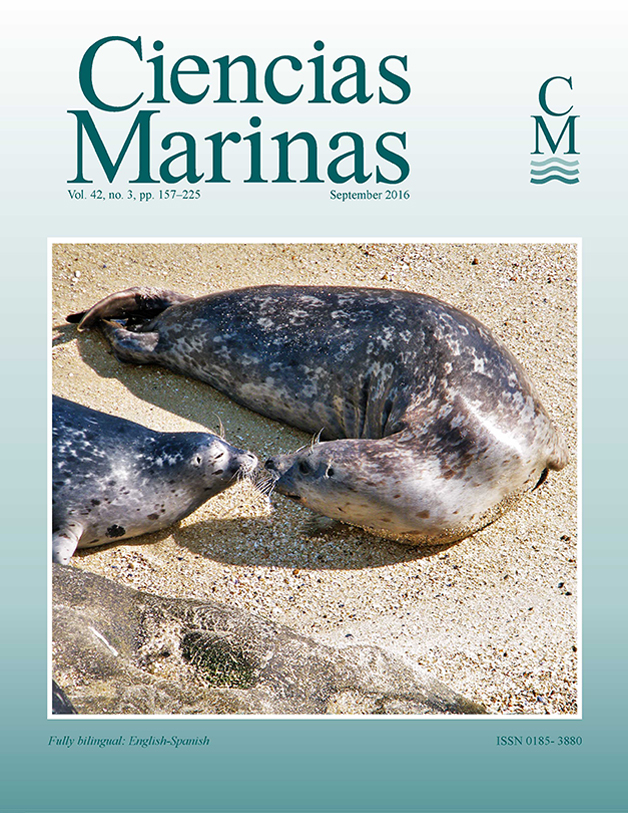 Pupping and molting of Phoca vitulina are processes that occur each year with high precision, although their timing varies according to location. Knowledge about the timing of these events allows us to determine when the highest numbers of individuals are hauled out, which is important to achieve a good abundance estimation. In this study we determined the timing of pupping and molting of P. v. richardii at Punta Banda Estuary, Baja California (Mexico), previously unknown at this site or along its entire distribution in Mexico. Observations were carried out during the 2011 and 2012 pupping seasons, as well as the 2012 molting season. We determined that the pupping season starts in mid- February and ends in mid-April, and that the maximum number of pups occurs in mid-March. The late premolt stage was observed from the end of March to the beginning of July, with the peak proportion of individuals in this stage at the beginning of May. The molting period extends from the end of April to mid-July, with the peak proportion of individuals molting at the beginning of June. The reverse molt pattern (starting on the torso and ending on the head and flippers) was the most common. The highest number of adult and subadult individuals on land was observed during the molting season; therefore, the best time to carry out counts to estimate seal abundance in this area is from the beginning of May to the beginning of June.