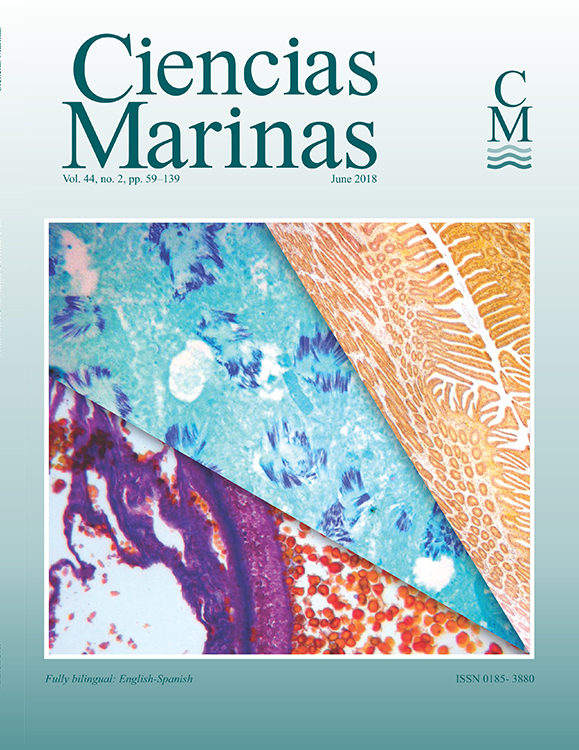 The brown smooth-hound shark Mustelus henlei is one of the most abundant species caught by the artisanal elasmobranch fishery off northwestern Mexico. The present study estimates the reproductive parameters for M. henlei using, for the first time, histological analysis and survey data collected from May 2008 to May 2016. Mustelus henlei was reported in the landings from February to November each year (n = 1,469). Total length (TL) varied between 450 and 1,530 mm (average = 753 mm, SD = 111). The sex ratio (male:female) was similar to the 1:1 ratio. Gravid females were caught during April, August, and November. Average fecundity was 9. Length at maturity was 656 mm TL for females and 636 mm TL for males, and length at maternity, estimated for the first time for this species, was 676 mm TL. The first phases of spermatogenesis and oogenesis were identified through histological analysis of gonads from immature individuals. Semen storage was detected in the oviducal gland of females at the terminal zone, whereas in males spermatozeugmata was detected in the seminal vesicles. According to the species reproductive parameters, M. henlei can be categorized as a species of high biological productivity among elasmobranchs and can thus support certain level of fishing pressure off northwestern Mexico if adequate fishing management and regulatory measures are employed. Some of the reproductive parameters that were estimated for this species in the present study were different from those estimated for other stocks from Mexican and United States waters.