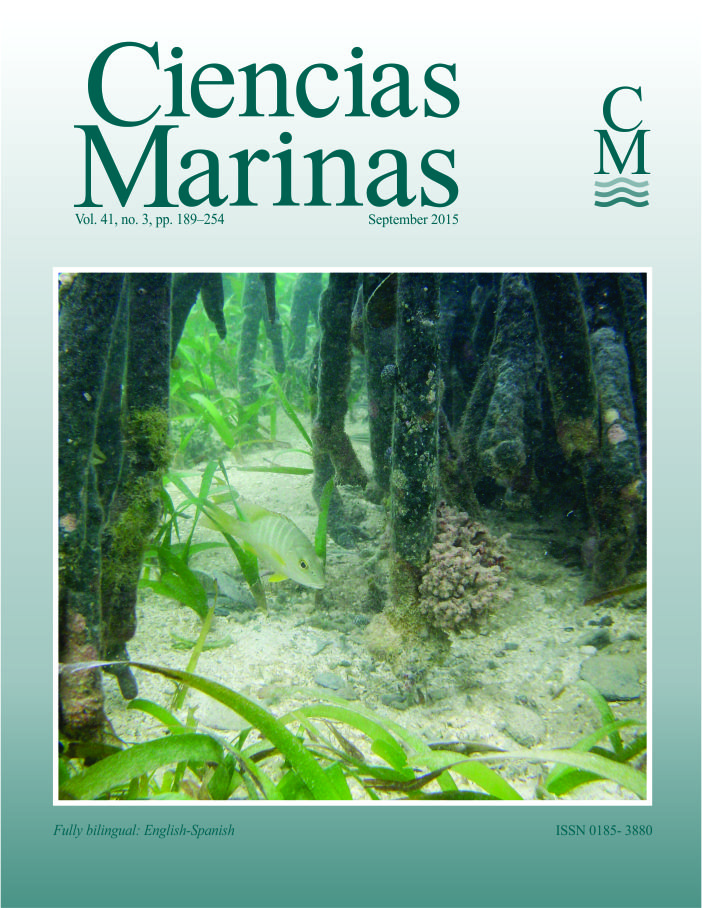 The reproductive biology of the massive coral Pavona gigantea has been studied along Mexico’s Pacific coast, but basic aspects such as its relation to local environmental variables and its variation on a mesoscale level have not been addressed. The reproductive cycle of P. gigantea was monitored monthly over a two-year period (2010–2012) at four sites along the coast of Oaxaca (southwestern Mexico). Except for one hermaphroditic colony, P. gigantea was gonochoric and exhibited asynchronous development. The data suggest that, in the study area, the species may reproduce seasonally, with minor interannual differences (May–September 2010, April–August 2011, April–May 2012). There were spatial and temporal variations in the percentage of reproductively active colonies and the presence of mature sex cells. A multiple regression analysis revealed that the percentage of reproductively active colonies was significantly explained (69.6%) by mesoscale variations in environmental variables such as sea surface temperature, photosynthetically active radiation, diffuse attenuation coefficient, percentage of lunar illumination, and photoperiod, the latter being the most relevant variable in the model. The data suggest that temporal mesoscale variations can exert a meaningful influence on coral reproduction in the study area.