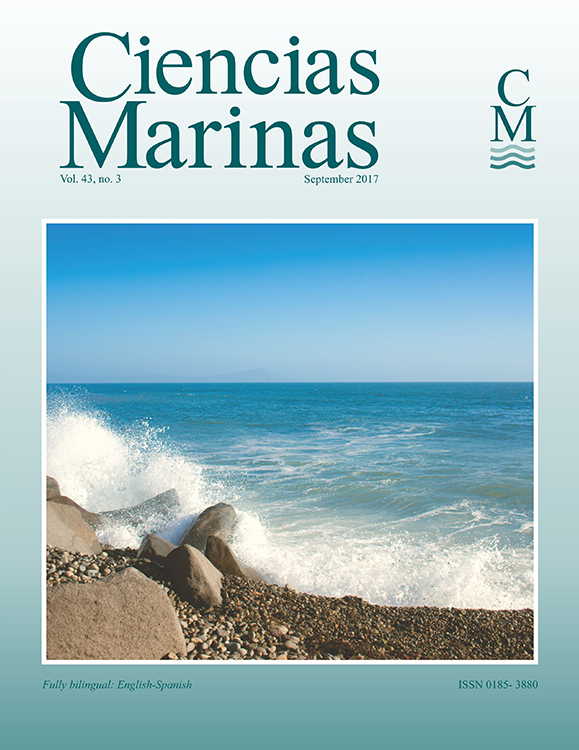 Climatological data indicate that Gulf of California (GC) waters are warmed in spring by the exchange of waters with the Pacific Ocean. To better understand this exchange, hydrographic observations were collected across the entrance to the GC during 19–21 April 2013. Results indicated an anticyclonic exchange with the Pacific Ocean. Strong outflow of Gulf of California Water (GCW) occurred over the outer continental shelf and slope of Sinaloa with maximum velocities of 0.5 m·s–1 at ~60 m depth and reaching ~500 m depth. Inflow close to the Baja California Peninsula was weaker (0.1–0.2 m·s–1) and transported both California Current Water and GCW. Satellite altimeter data indicated a possible reason for this flow pattern at the entrance to the GC: a couple of eddies to the east blocked the usual path of California Current flow toward Sinaloa. Horizontal transports integrated across the gulf were calculated with observed velocity and geostrophic balance. Transports were greatest in the upper 200 m, with outflow above 500 m depth, implying a net cooling of these upper layer waters in the gulf. Observations were compared with data collected in early May 1992. April 2013 exhibited much greater thermohaline variability in the upper ocean than May 1992, when a well developed cyclonic flow was observed at the entrance to the GC. The transports estimated with Pegasus for April–May 1992 were very different from those estimated for April 2013, when inflow (and heat gain) dominated above 500 m depth. The contrast between the 2013 and 1992 measurements is an example of how mesoscale eddies can reverse normal seasonal exchanges at the entrance to the GC.